Magic in the Mundane — Bells

I love bells. As a teenager, I used to wear a string of bells hanging from my waist. I wore them mostly because I liked their harmonious tinkling. But I think I also wore them because it made me feel like I had a foot in another time. A time where, perhaps, it wasn’t so odd for a girl to be wearing multiple mismatched skirts adorned with a string of bells. I didn’t really care that it probably portrayed me as odd in the here-and-now.

Hanging bells from one’s clothing is nothing new. Originally, it was done for protection from evil spirits. Bells have also been worn to help cure the sick, the cursed, and to assist in childbirth. In the Old Testament, the High Priest’s robes were adorned with golden bells. 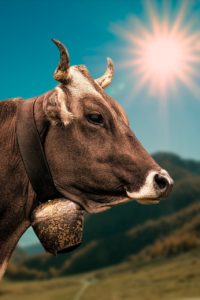 In China, bells were rung to summon rain; in Tyrol to protect the harvest. Cows and other livestock were (and still are) outfitted with bells to protect them from spirits who might do them harm. Drinking from a bell is supposed to have healing properties. In pagan antiquity, the shape of a bell was symbolically feminine, and the clapper masculine.

Yet despite this pagan connection, Christianity took the bell on as its own. The ringing of church bells was used in many different fashions, perhaps the most obvious of which was to drive off evil spirits. Such spirits were believed to be the cause behind lightning and other storms, and that ringing the church bells would send them on their way and cause fair weather to return. And woe to the witch flying around on her broomstick if the bells start ringing, the noise of which will cause her to fall from the sky.

Of course, church bells only got their power if the bell was properly baptized. And this was a big deal. It required the presence of a bishop (or his deputy), and the use of holy water, oil, salt and cream. (I have no idea how the salt or cream is used, but it sounds kind of tasty…) The bell was then washed, anointed, and prayed for in the name of the Trinity. Presents were given to the priest on the bell’s behalf, and the bell was then taken to the church with much ado and merrymaking (ahem drinking), so much so as to make the priests grumble and frown in disapproval.

In times of plague, bells were rung to clear the air of pestilence. And church bells tolling for the recently departed is a practice that still holds today. In times past, it was a summons for the people to come and pray for the soul of the departed, as well as offering protection against any sneaky devils that were always present at such moments. It was also generally believed that the soul of the dead would remain earthbound until a bell rang to allow the soul up to heaven.

In Scotland, the dead were sometimes given a bell for a pillow to offer extra protection against the Devil. In necromantic rituals, bells can be used to summon spirits of the dead so they might be interrogated.

Bells that ring on their own, however, are a bad omen. If a church bell rings without the aid of a human, it portends a death in the parish within seven days. If it rings at a wedding, then either the bride or groom are destined to an early death. Shop keepers originally hung bells over their doors not as a means of knowing when someone entered, but rather to keep evil spirits out.

So ring a bell and be merry, keep the pesky spirits away. But if a bell rings on its own, best not go out to play… 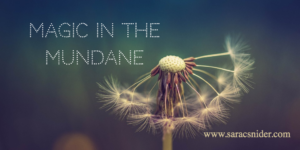 Great post. I love bells. Have you heard of the “Emily Bell” in Kyongyu (a sad and probably untrue story about its casting). I love how, in Korea, the bells can be heard through valleys as they are rung high in the mountains.

I heard some beautiful bells last week in Guatemala, too, but the Korean bells are something to behold

I haven’t heard of the Emily Bell. I’ll have to look into it. The Korean bells sound amazing.

Hi Sara – this was really interesting and informative. I’d no idea about the shopkeepers bells … being there to stop the evil spirits being around – and not to announce that I was entering the shop. Loved it – cheers Hilary

Thanks, Hilary! I didn’t know that either before this post, so many great details about bells! 😉