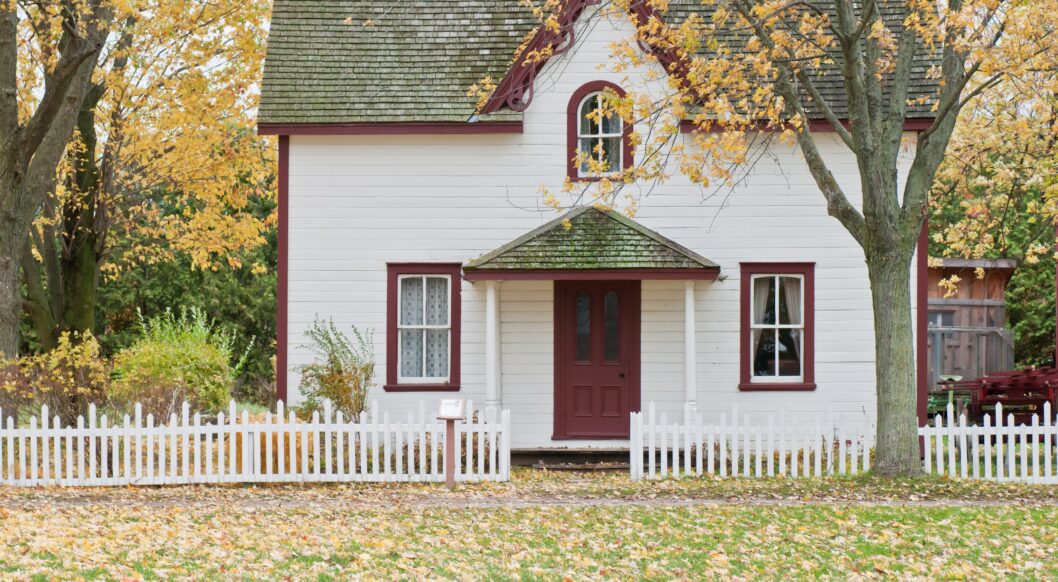 There’s something about household magic that I find particularly pleasing. Such magic was the inspiration for the Hearth discipline in Hazel and Holly. There’s just something about it that seems so… cozy. Familiar. Like freshly baked bread but with magic glitter and maybe a tricksy pixie or two.

So when I saw there was a ton to write about with magic and houses, well, I knew I had found my next Magic in the Mundane topic.

Houses are important. They provide protection from the elements, safety from the wilderness, and a sense of comfort. We spend a significant portion of our lives within our homes. So I suppose it shouldn’t be too surprising that different parts of the house would be attributed different symbolic meanings.

The keyhole, for example, represents a chink in the house’s “armor.” When you start thinking about the house as a sanctuary from the wider world and its unsavory elements, both known and unknown, then analogies like this make a lot of sense. Keyholes allow tricksters and devils a way in the house and so they must be secured. Leaving the key in the lock is one way to do this. There was a belief that it was important to stop up a keyhole during childbirth so that fairies couldn’t steal the child. It also prevented the nightmare spirit from entering the house (hello, Mara).

The threshold is also an important part of the house. Symbolic of free will, it is the part of the house that grants access to the home and its inhabitants, and is often an object in purification and consecration rites. The belief still remains today that it is unlucky entering a house for the first time by the back door, which is most likely unconsecrated.

Then there’s the sacrifices…

Sacrifices to consecrate households and receive the blessing of household spirits were often performed at the house’s threshold. These household spirits were a good thing. They were essentially guardian spirits that would protect the family from evil. Yet, in the true nature of faeries, they could also be troublesome and mischievous. Some common household spirits are brownies, boggarts, goblins, and kobolds to name a few. In Swedish folklore one would be the tomte. Keep the tomte happy and he’ll take care of your livestock. But if you don’t keep him happy then you can expect your livestock to take ill.

Tomtar only need rice porridge to keep them happy, but apparently other household spirits were not so easily appeased. Human and animal skulls used as either amulets or embedded in the walls was one popular way to achieve this. Horse skulls were apparently a favorite in northern Europe.

Which brings us back to the sacrifices. Because that was a thing. Household foundations were once “laid in blood” in order to appease the earth deity and ensure the house’s stability. This practice led to the superstition that apparently still exists in England that building or rebuilding a house or making a new doorway will result in the death of a family member. And apparently burying people beneath a cornerstone was a thing, which led to the superstition that corner homes are unlucky.

But it’s not all bones in the walls and bodies under the foundation. For example, bringing bread and salt is an old tradition that brings prosperity to the home’s inhabitants.

Acorns, being seeds of the oak which is sacred to the thunder god, protects homes against storms and lightning. Growing a houseleek on the roof also provides protection against lightning in addition to fire, witches and evil spirits.

Bees will keep misfortune away. They also bring good luck and cultivate domestic harmony. Spiders are symbols of good luck too. “If you wish to live and thrive, let a spider run alive” goes the saying apparently.

A witch ball hung in the windows will protect the house from wandering spirits and witches’ spells. A witch ball is a hollow ball made of colored glass. When a mischievous spirit passes by, it’s captivated by its beauty and becomes trapped within it.

Fun fact: the literal meaning of window is “wind eye.”

Death in the house

Maybe it’s because back before hospitals existed, death within the house was an inevitable part of life. (Or, you know, it’s because there’s bodies buried under the foundation…) There’s quite a bit of death related lore and superstition.

Jeff - a couple of years ago

Lots of interesting thoughts here. In Scotland, I recently read for a speech I was giving, that builders of a house would put the St. Andrews cross into the mantel or hearth as a way to keep a witch from flying down the chimney (hopefully, it didn’t keep out Santa!).

Haha! That would be a surprise for Santa. 😉

Lori Wing - a couple of years ago

Pigeon feathers, huh? Interesting….
A lot of this makes good sense when you consider the time in which these beliefs came to be. If someone is dying in the house, then circling crows would definitely signal the impending departure. And bees are certainly lucky for all the reasons mentioned and more. Spiders too, I suppose …
Some of the others – new shoes on the table for instance – were probably just bad timing. Just sayin’ …

Yeah I thought the circling crows was a bit obvious. But the shoes… who knows where *that* came from haha.