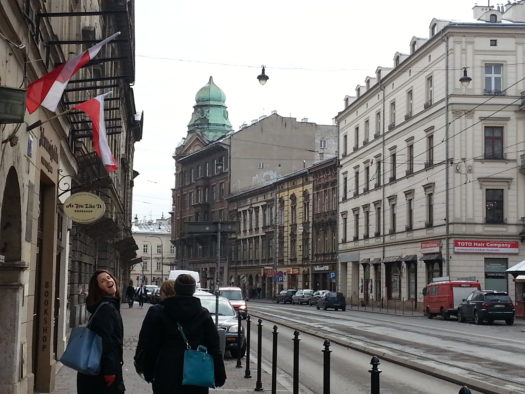 A Jaunt in Kraków

So, a couple of weeks ago we got a lot of snow. Like, blizzard amounts of snow. Buses got stuck, trains were canceled, people got stranded. It was the most snow Stockholm had gotten in November in over a hundred years. Madness.

Luckily this all happened the day before I traveled to Poland, and I’m only being partially snarky when I say “luckily.” Had it been the day of, I doubt I would’ve gotten to the airport at all. Trying to get there the following morning was certainly a little adventure in and of itself.

But anyway… Poland! I went to Poland a couple of weeks ago – specifically Krakow. I don’t think I’ve mentioned it on the blog, but I joined a writers group last year. We’re all English speaking expats living near Stockholm, and we went to Krakow together for a writing retreat. Good fun. 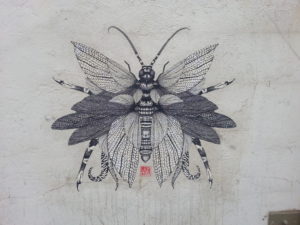 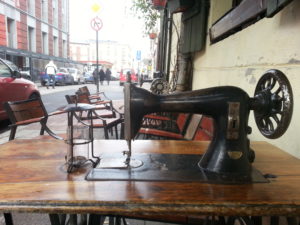 Sewing machine tables at a cafe.

Krakow is a lovely city. Architecturally, it looks a lot like Stockholm, and yet still very different. Krakow is a bit rougher around the edges, its age more apparent. Yet there’s also a certain kind of liveliness that Stockholm lacks. And don’t even get me started on the food. So good. I love it here in Sweden, but the food is really underwhelming.

We spent part of the time doing writing-related workshops, and the rest of the time walking around exploring and eating at various restaurants. We went to the Wieliczka Salt Mine, in which I took numerous pictures, but after the fact all look rather drab and don’t at all capture the awesomeness of that place. We also discovered Mad Dog shots…

Anyway, here are a few pictures that turned out decently. For some reason a lot of my images turned out blurry, which I didn’t notice until I got home. Also, I took quite a few pictures of doors, but I’ll only include my favorite one here. Maybe I’ll share my door infatuation on Instagram. I haven’t decided. The statue is from the salt mine, and is carved from salt. 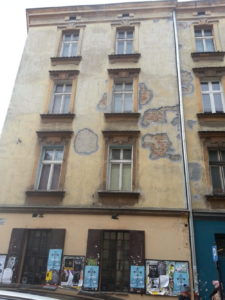 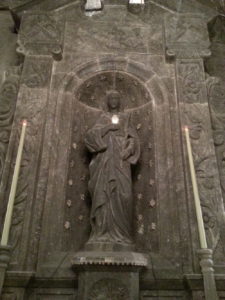 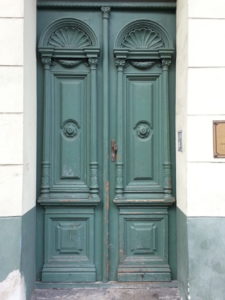 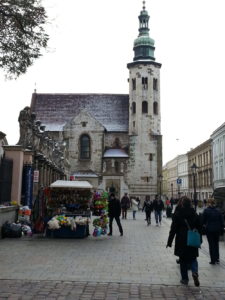 I hope to get back in to your Hazel and Holly stories which I’ve so much enjoyed in times past. This year has left little time for anything. I am pleased to see they are available on archives.

Thanks, Susan! It was pretty sublime. I had a lot of fun.

This year has been crazy for both of us, I think. I’m feeling like I’m just now starting to poke my head up and start visiting blogs again, which I’ve been neglecting for so long. Hazel and Holly will remain on the blog for the foreseeable future, so no rush. I’m glad you’ve enjoyed the story so far. 🙂

Mad Dog Shots … whaaa?! You’re crazy! Poland sounds pretty awesome; love historical places. Your comment on doors got me thinking about a photographer that has made a thing of them. Not sure if this is the same guy I was thinking of, but still pretty cool. Doors are the gateway to people’s stories, and certainly good food for the imagination. Anyway, here is that link:
http://www.danheller.com/doors.html

Haha! I only had one, and I stirred it and sipped it like a cocktail rather than slam it back. It tastes a lot like Hot Tamales (for the children), so I’m still pretty well in the training wheels camp. 😉

Poland was pretty awesome. And I love all the door pictures! Very cool, I’m feeling kinship with him. 🙂

Sounds like a good time. I’ve always found Poland interesting, there is so much history.

Thanks, Michelle, it was a lot of fun. 🙂 And, yes, definitely a lot of history.

I have a door infatuation, too! Poland sounds amazing, adding it to my bucket list. 🙂

Yay for door infatuation! 😀 Poland was awesome (the small corner of it that I saw anyway), you should definitely go if you get the chance!