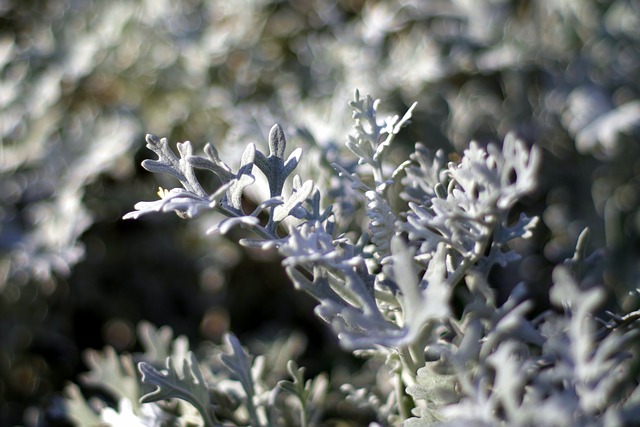 A to Z Herbarium: Wormwood

Wormwood is used in incenses intended to develop psychic powers. Carrying wormwood will protect against bewitchment and bites from sea serpents. According to ancient tradition, wormwood will also counteract poisoning by hemlock and toadstools (take this advice with an epic-sized grain of salt).

Burning wormwood will summon spirits, and is sometimes mixed with sandalwood for this purpose. If burned in graveyards, it’s said that spirits of the dead will rise and speak.

It’s also used in love spells to attract a lover. 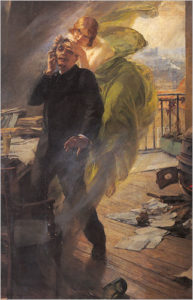 Wormwood was once used to make absinthe (along with fennel, anise, and other herbs). Absinthe was believed to stimulate one’s spiritual and imaginative properties. As such, it was a favorite drink among poets, writers, and intellectuals. Absinthe was also believed to be highly addictive and have psychoactive properties caused by thujone—a chemical compound found in wormwood. This resulted in absinthe being banned in numerous countries in the early twentieth century. However, modern tests have found that absinthe from that time had only trace amounts of thujone, and that the psychoactive effects resulting from the absinthe have likely been exaggerated. It’s possible that the vilification of the drink was in large part due to the temperance movement in favor of prohibition.

Wormwood, true to its name, is anthelmintic and has been used to expel parasitic worms from the body dating back to ancient Egypt. In fact, the rise of absinthe and other alcoholic drinks containing wormwood is sometimes credited to soldiers in the nineteenth century who, while serving, were given wormwood medicine as a precautionary measure against parasites. When they came home, they’d supposedly developed a taste for it and found absinthe to be a pleasing substitute.

No absinthe for me, thanks – my imagination is in overdrive already 😉 Happy A-to-Z-ing.

Nonsense! Never can have too much imagination, can you? 😛

Yeah, I never understood why it was so dangerous and terrible, so now I feel like I understand that perspective a bit more. And that its qualities (if any) have likely been exaggerated.

Another great post. I don’t think i’d take it to cure poison or a snakebite.

I wonder how you can make sure you see your lover as opposed to the dead. I guess don’t take it in the graveyard. I remember reading that Poe was a fan of absinthe.

Yeah, I think part of the bad rap of absinthe is that a lot of troubled artists drank it. Never mind that they probably would have drunk pretty much anything…

I fell like I’ve discovered a lovely blog here. I’ve been going through your blog and having fun! I will be back! Visiting from asliverofmoonbeam.blogspot.in

Thanks, Ipsita. You are always welcome!

I didn’t know that about the fleas and moths hehe. That could indeed be handy!

Yay, spirits. I don’t think I’d like the drink though. I couldn’t relinquish control away to tap into any muse. Nope, I’ll just sit here and keep working on making inspiration come to me every day. 🙂

I’d like to try it, though I’m skeptical it’d be my thing (not a big drinker though). Probably a good idea about working for inspiration. I’m pretty sure there’s a quote floating around out there somewhere about how if one only wrote when inspired, nothing would ever get written. 😉

What interesting lore about wormwood. I wonder if anyone has ever tried putting a piece of woodworm into a bottle of mezcal. 🙂

Who knows! Though, the outlook I often take with booze is, if you’ve thought of it, somebody’s already done it. 😉

I am learning so much from these blog posts! I had no idea that wormwood was the same as dusty miller, which I plant every year under a street tree near my building — until I saw your photo accompanying this post 🙂

Interesting! I’m not sure wormwood and dusty miller are the exact same, but it looks like they both belong to the Artemisia genus, so definitely related. (Also, it’s entirely possible I posted a picture of the wrong plant haha).

Aha! I knew it. I had read about this one before. Great job here. Hugs.

Thanks! Hugs back at you! 😉

I was trying to anticipate your W word Sara and thought worm something but I couldn’t get further than that. Most interesting thank you. It doesn’t look all that woody really, it looks rather delicate?

How cool that you though it would be something with worm though! I think I like “worm” plants because it sounds like something that would go in a witch’s brew. In Swedish, the word for dandelion is maskros, which literally translates to “worm rose”. 😀

Who would have thought it had so many uses? A disappointment to learn absinthe wasn’t as bad as it was pictured, though there is something not so good about those soldiers getting hooked on the wormwood and taking up absinthe! You can buy absinthe now, but I don’t imagine it has anything too deadly in it.

X is for eXtras

I’m not sure if the soldiers were hooked/addicted on the wormwood, or if they just liked the taste. It wasn’t terribly clear. I think modern absinthe is made without the wormwood, to avoid the thujone. But I am wondering if it’s possible to get old school absinthe made with wormwood. Some countries didn’t ban it (like Spain, I think). This is mostly me just being curious, and not really on an active search for old-school absinthe. 😉

Wormwood is an ingredient in the de-worming medicine we had to drink when we were kids? I wonder.

It’s entirely possible. Though, I imagine there’s more than one way to kill off worms. 😛

I knew about absinthe being a favourite of the XIX centuries and all the problem related to it, btu I didnt’ know any of the other tidbits of history. So interesting.
Thanks so much for sharing 🙂

Glad you enjoyed it. Thanks for reading! 🙂