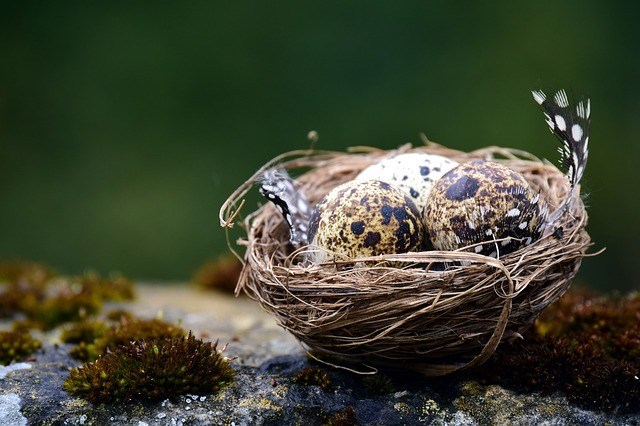 Magic in the Mundane — Eggs

We’re finally back with Magic in the Mundane, woohoo! Today we’re going to explore the magical properties of eggs.

Eggs for a long time have been a symbol of creation across multiple civilizations. Egyptian mythology has a cosmic egg  that was created by the god Khnum from the mud of the Nile, and the sun god Ra was born from an egg. 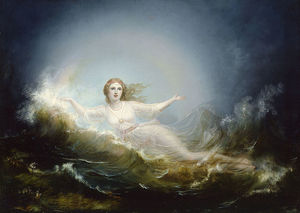 The ancient Egyptians weren’t the only civilizations to believe in a cosmic or world egg. In Finland and Estonia, there is a myth of a water bird or eagle that makes its nest on the knee of Ilmatar, the virgin goddess of air, while she floats on the water. When the bird lays an egg, the egg rolls into the water where pieces of it become the earth, sky, moon, and stars.

In Hindu mythology, the golden world egg is called Hiranyagarbha from which Brahma, the sun god, hatches. He then creates the universe from the parts of the egg. Similarly in Oceania mythology, it’s the god Tangaroa that hatches from an egg and uses it to create the world. There’s also a variation of this myth in Hawaii in which Tangaroa took on the form of a bird and laid an egg on the primeval waters. When the egg broke, it created the sky and earth, which sounds very similar to the Ilmatar myth. I love it when similarities in myths pop up across different civilizations across the globe.

I know, saying eggs represent fertility is probably one of the most obvious things ever. But there are fun folkloric tidbits on how eggs can fix various reproductive woes.

In the Serbian town of Péc, pain in the testicles is relieved with an application of fried eggs sprinkled with sal ammoniac.

In Morocco, a man wanting to increase his sexual aptitude will eat an egg yolk every morning for 40 days.

And a Hungarian woman hoping for a child might mix a bit of her husband’s blood with the white of an egg and the white speck from the yolk (called the chalazae I believe). This mixture is then stuffed inside the bone of a dead man and then buried where the husband will urinate. (Is no one asking where she’s getting the dead man’s bones? Is this not a problem?) All this will hopefully result the conception of a child.

Eggs and witches aren’t something I ever really connected before, but upon consideration it makes sense. Interestingly (and perhaps completely unrelated), in Sweden around Easter time children dress up as witches and go door to door for candy and to give out handmade cards. Eggs and feathers are hung in tree branches.

In the Ozarks there is an old superstition that creating an egg tree would protect one from witches and witchcraft. This is no longer practiced, but the idea was that a small, dead bush (ideally close to the home) would be carefully trimmed. Then dozens, perhaps hundreds, of blown eggshells were tied to the branches. This could go on for years, until the bush was completely covered with eggs. Unfortunately, no one remembers why this was supposed to work against witchcraft.

Another American superstition involves smashing eggshells so witches can’t use them for transportation. But perhaps they should have been more concerned about other spells involving eggs. Such as putting an egg in a couple’s bed will cause them to quarrel. Eggs could also be used in curses–a gift of three eggs from a witch was bad news.

Dreaming of eggs is supposed to be good luck. Girls in the American south wanting to know who’d they marry would remove the yolk from a boiled egg, fill the cavity with salt, and eat it before bed. If they dreamed of a man bringing them water, then that man was destined to be her husband. In a variation of this, girls in Scotland and Ireland would do the same thing, only they’d also eat the shell. If the girl dreamed about her lover bringing her water, then it meant she was going to be jilted.

Why it’s considered a bad thing for a girl’s lover to bring her water when she’s obviously thirsty, I certainly don’t know. Eggs and nice guys—give them both a break. 😉 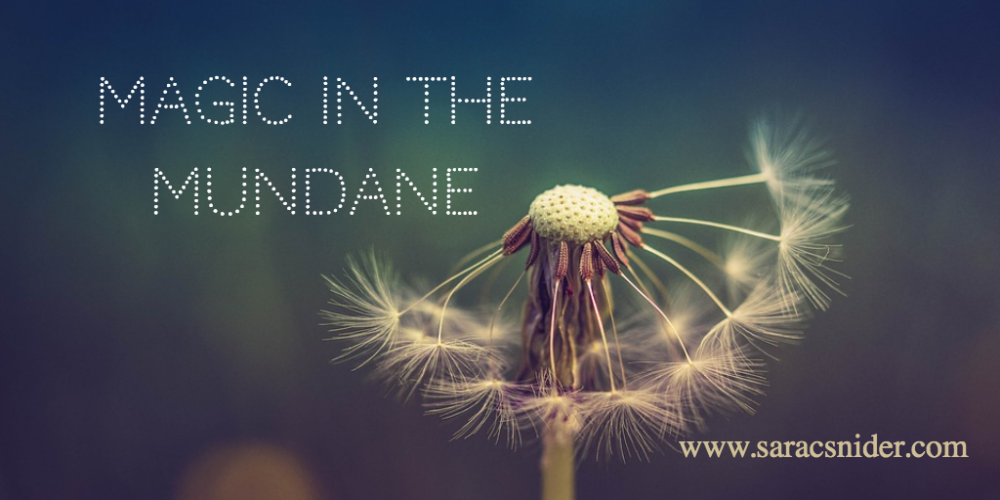 Good Omens Fantasy Giveaway over on Prolific Works with more than 50 books to choose from (ends Dec. 5)

Yay for the magic egg! Is it any wonder that ancient civilizations revered them? After all, without eggs there are no animals or people. There had to be an origin egg, right? The age old question of which came first ….

Well, I’m not sure they knew people came from eggs then, but yeah. I do wonder if they wondered where the egg that produced whatever god came from. (That was a complicated sentence.) There might actually be explanations to that regard, I just haven’t done enough digging.

This is interesting…I happen to love eggs. I didn’t realize there were so many cultural beliefs about eggs.