Magic in the Mundane — Frogs

I’m a big fan of frogs. I always enjoyed finding them as a kid, and I find their ribbit-ribbiting soothing as well. I still remember one night many years ago when I felt sick, listening to them croaking made me feel better. Pretty much from that moment frogs have been magical for me.

Frogs of rain and fertility

Given the amphibious nature of frogs, their connection to water in mythology doesn’t require the imagination to stretch too far. Fertility, though, I hadn’t expected.

Heket is the Egyptian goddess of childbirth and is depicted both as a woman with the head of a frog and as a frog itself. This connection between water and fertility is attributed to the flooding of the Nile. Women in childbirth would wear amulets depicting Heket as a frog sitting on a water lily. It’s speculated that the name Heket was the origin of Hecate, the Greek goddess of witchcraft.

In the Hindu Rigveda there is a hymn that shows frogs were worshipped for bringing rain. They also could be awakened by the rain, bringing with them long life and prosperity. The belief of frogs bringing rain still exists in India today in the form of frog marriages. The belief is that if frogs are married with Vedic rites, then the Hindu rain god Barun will be pleased and rain can be expected in the near future.

Somewhat peripherally related to frogs (though highly entertaining) is the Aztec deity Chalchiuhtlicue, goddess of water, storms, baptism, and childbirth. During celebrations dedicated to Chalchiuhtlicue, her priests would dive into a lake and mimic the hopping and croaking of frogs in order to bring rain.

Frogs from the moon

There’s also a connection between the moon and frogs. There are some Chinese tales that say the evening dew brings frog spawn down from the moon. In Burma, certain tribes regard the frog as an enemy of the moon and a demon that swallows it during eclipses. Interestingly, frogs around the world mate under a full moon, so perhaps this is where the idea of frog spawn coming from the moon originates. 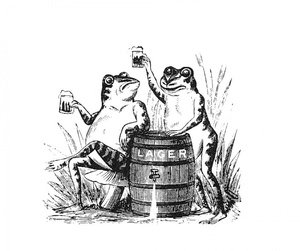 In European culture, frogs were largely believed to have medicinal qualities, dating as far back as Pliny the Elder (23 – 79 AD) up until the 17th century. Curing toothaches seems to be a prominent use for the frog in old medicine. The physician Galen (129 – 210 AD) recommended holding a frog that had been boiled in water and vinegar in the mouth for quite some time to cure a toothache. Frog eyes were used to cure eye inflammation as well as fever. A powder made from ground up frog’s liver was used to treat epilepsy patients. American folklore states that a soup made from nine frogs will cure whooping cough. This seems to be at odds with another American folk belief that it was perilously bad luck to kill a frog.

Frogs aren’t always treated well in folklore, which I suppose isn’t surprising given their, uh, medicinal qualities. But the frog is also involved in positive magic. Such as it’s considered lucky if a frog enters your house or if you dream of one. Wishes can be made on the first frog heard in the spring. And if a gambler meets a frog on the road, well then he’s bound to win in his upcoming gambling adventures. 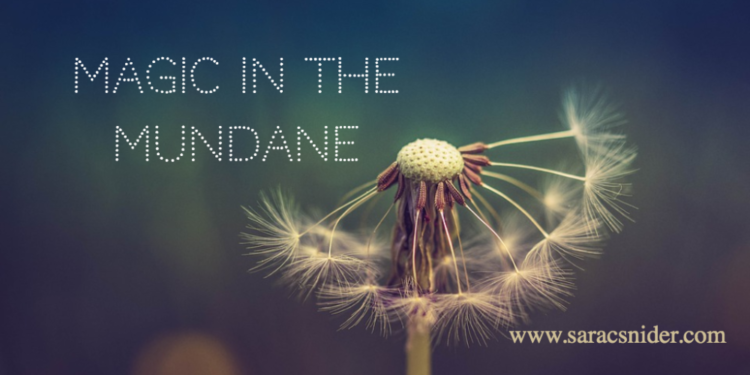 Frog and butterfly image by FrankWinkler on Pixabay

Hi Sara – loved all that info on frogs … most of which I didn’t know. Fascinating detail you’ve given us … and love the idea of Magic in the Mundane – very clever … cheers Hilary

Thanks Hilary! I enjoy finding magic in everyday things. 🙂

It’s nice to hear from you. This is interesting. I like listening to frogs croak too, I agree it is soothing.

Thanks Michelle. Frogs are awesome. 😉

Huh, so frogs light to “dance” by moonlight. Who knew?
This post makes me think of the movie “Magnolia” in which frogs come raining down. Not sure what it means, but it sure got my attention.
See for yourself : https://www.youtube.com/watch?v=6sWJuQD0cL8

The moonlight must make their nether region all tingly. I’ve seen that movie! I kept thinking about it when writing this article…

An interesting post. I have always liked seeing (and even more, hearing) frogs. Last week I spent two days in the Okefenokee where I saw a few frogs but hear hundreds (along with alligators, turtles, etc).