Summertime Books and Other Nonsensical Things

Technically I’m on vacation. It’s not a traveling kind of vacation, but rather a sit-around-and-be-lazy-and-do-things-you-didn’t-have-time-for-before vacation. Which, for me, means I’m dedicating most of my time to these three things:

1.) I’m playing Skyrim. Again. (Any Skyrim fans out there?) But this time I’ve installed survival-type mods that change the experience of the game somewhat. I’m having a ridiculously good time with it, especially considering this is around my fourth time through (only completed the main story on one play-through though). 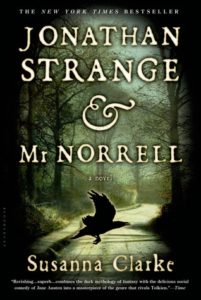 2.) Reading! Yay! I’m an epically slow reader, though, so in terms of “books read” I won’t have a lot to show for my extra time. But I did recently read Mr. Penumbra’s 24-Hour Bookstore, and highly enjoyed it. I’ve now moved on to Jonathan Strange and Mr. Norrell and am enjoying it immensely so far. I was a bit intimidated by it because it’s thick. But the language in the book is so spot-on 19th century that it in itself is highly enjoyable (is that weird? some might think that weird). There’s also excellent goings-on happening, so it’s not just the language. I’m only a fraction of the way through (page 173 out of 846), but so far, so good.

3.) And then I’m doing more reading, but this kind involves boring driving-theory because I’m finally going through the hassle of getting a driver’s license here in Sweden. I had one in California, but non-EU licenses don’t transfer over here, so I need to get one the Swedish way. Which, unfortunately, involves reading tremendously boring literature on the theoretical aspects of maneuvering a vehicle. Ugh. 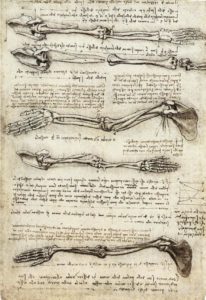 “Studies of the Arm showing the Movements made by Biceps” by Leonardo da Vinci c. 1510. Image source.

So, not a lot of writing for me lately. But I have recently gotten a few books that I will probably use in my writing at some point in the future. Right now they’re sitting on the table. I walk by them and pet them lovingly. One of them is Leonardo da Vinci: The Mechanics of Man. It’s pretty much just a collection of da Vinci’s anatomical drawings and a translation of his notes. Pretty bare bones (ha!) which is what I was looking for. This book is more for inspiration for my creepy archivist story I’ve got percolating, and less about research.

On the research front are the other two recently obtained books: Madness in Civilization: A Cultural History of Insanity and Chambers Slang Dictionary. The insanity book I got mainly because it sounded interesting, and will probably provide good story fodder in some form, though it’s not for any particular project. Same with the slang dictionary. I started wondering about old-time slang words, found out there was a dictionary, and bought it. Unfortunately, the dictionary includes modern slang (boring), but it does also go back about 500 years. So it will require some digging, but I think there will be some good tidbits in there. 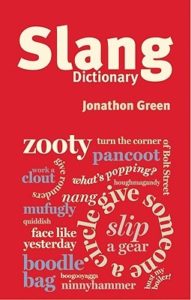 hornswoggle v. 1. to embarrass, to confuse, to disconcert. 2. to cheat, to swindle [19th century]. Also used as a noun: nonsense, humbug. A hornswoggler is a cheater and swindler. (I’m totally going to have to use this word at some point.)

and no pickles: without a doubt [late 19th century]

What are you doing this summer? Have you read any good books or discovered any obscure words?

This sounds like a dream vacation to me. Hey, Skyrim has been reprogrammed for PS4 and is coming out at the end of October! I’m so excited I’m taking the day off! I haven’t played since I switched to PS4 last year and fell into a Fallout 4 vortex with occasional surfacing in Dishonored. Ahh, games.

I like that reading list, especially the Madness in Civilization and the Slang Dictionary. Tristan loves old slang, so I might get him that for his birthday.

If you listen to podcasts you would probably like Lore (http://www.lorepodcast.com/); plenty of history, insanity and old-timely murder.

Yeah, the Skyrim reboot is coming to PC around the same time I think. I tried telling myself to wait with another play-through until then, but that didn’t work out. 😉 I also fell into a Fallout 4 vortex. Finally finished the story (woohoo) at level 64 or so. Started another play-through with the survival mode they released. Love the survival aspect (hence the survival mods for Skyrim), but it’s frustrating because of the no-save rule. 😛 I’ve had my eye on Dishonored, but haven’t given it a go yet.

The slang book is pretty cool, though I would have preferred only old slang and no modern, but maybe Tristan will appreciate the wide variety.

I still haven’t gotten into podcasts, but I keep thinking I should, because there are so many great sounding ones out there. History, insanity, and old-timey murder sounds most excellent. 😀

I would be very happy if I had nothing to do but read, but unfortunately that isn’t the case. The books you’re reading sound interesting, I love 19th century stuff too. I have family visiting this summer so that is keeping me occupied.

Yeah, time to lounge and do nothing but read doesn’t come around often. I’m taking advantage of it. The books I’ve read so far have been really great. I highly recommend them!

It’s always great when family comes to visit (even if it does eat into reading time 😉 ). I hope you have a great time with them!